The much anticipated new version of Drupal is due to be released in early 2014, and it’s already causing some controversy amongst current users.

As with every major release, the new Drupal will be stronger, smarter, modernized to match current trends, while also much more complex and tailored to the needs of the corporate internet. Dries Buytaert, Drupal’s project lead, has been clear about always wanting Drupal to move forward, and he believes that large sweeping changes are required to keep the platform competitive. Opponents feel that Drupal 7 is already pretty complex for a single-developer cycle, and fear that more sweeping changes will further raise the learning curve beyond the reach of the average open-source CMS user.

However, Dries believe that many of the changes incorporated into Drupal 8 are meant to make things easier for developers by introducing platform changes that, while contrasting with Drupal 7, at the same time bring the platform more closely in line with modern web development trends and technologies, thus keeping the learning curve accessible.

Read more from Dries: Why the big architectural changes in Drupal 8

Also, review the new D8 features at GreenGeek: An in-depth look at Drupal 8,
and Digital Bungalow's: 9 Changes To Be Excited About In Drupal 8

Backdrop is intended to become a fork of D7 to continue the growth of the current branch of Drupal in an effort to preserve the existing platform and its mix of functionality and modules. Backdrop targets developers that are happy with the current software and would prefer not to perform the costly platform jump to Drupal 8 anytime soon.


Backdrop is intended to be a home for developers and users who might otherwise consider adopting other platforms. […] The traditional audience of Drupal is not a crowd of professional developers. We've gotten to that point through years of building flexible systems that can be built at low cost. […]Many of Drupal's leading developers today didn't even know PHP when they first started making Drupal websites, but after some initial hacking, they were hooked. Backdrop aims to meet the needs of this community.

The Backdrop project is based on the premise that as Drupal grows into a larger and more complex platform, the developer audience becomes more advanced and specialized.

Backdrop appeals to a different developer audience than Drupal 8. By rewinding APIs back a bit further (removing database query abstraction and page-level renderable arrays for example), Backdrop will lower its barrier to entry, increase performance, and position itself closer to the market of WordPress users.

Learn more at backdropcms.org, and read an opposing view from John Locke: Drupal 8 vs. Backdrop 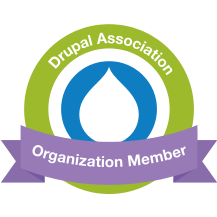